[WATCH] Malta will be a disruptor, not just follower on Artificial Intelligence 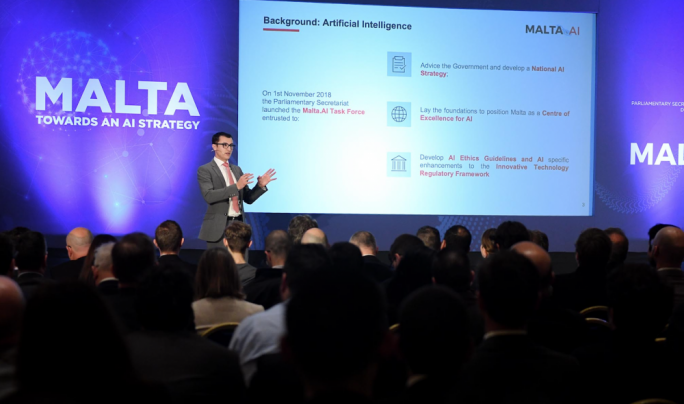 Malta is pursuing the development of a holistic national strategy on Artificial Intelligence.

After firmly asserting itself as a leader in Distributed Ledger Technologies, Malta now aims to develop a national AI strategy.

Speaking during the opening of the public consultation workshop on the Malta AI strategy, Parliamentary Secretary Silvio Schembri said: “With this strategy Malta is set to gain a strategic commercial advantage in the global economy sphere, generating investment and positioning itself as a leader in the AI field.”

Schembri said that Malta will serve as a test bed for AI applications which would be later distributed across the world. To this end, Malta will develop a strategy that attracts foreign AI companies which open shop in Malta. “The Maltese government is committed to help companies that invest in and serve Malta not only to establish their business, but to commercialise and scale up using public policy.” 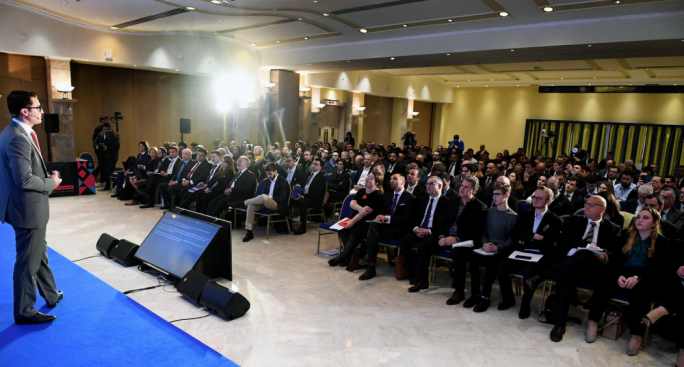 According to the policy document put forward during today’s workshop, the proposed strategy is built upon three strategic pillars: investment, start-ups and innovation, public sector adoption and thirdly private sector adoption. Malta will seek to attract and develop talent, and investment that spur economic growth whilst lead the way in showcasing the benefits that AI can bring in the public and private sector.

In addition to the above, the aforementioned pillars are further supported by three strategic enablers: education and workforce, legal and ethical framework and ecosystem infrastructure.

Quoting the same just-released document, the government is set to embark on a thorough investigation of the main areas of focus, seeking to addressing the lack of domestic AI talent, designing a future-proofed technology roadmap and concurrently developing a regulatory approach that supports AI applications.

“Malta will be a disruptor not a mere follower of AI technology,” said Wayne Grixti, Chair of Malta.AI Taskforce said that after the success of blockchain island, Malta will be amongst the top 10 countries in the AI field. “Malta will not simply follow other countries who have their eyes on AI but actually be leading the way and becoming a key player in the sector.” 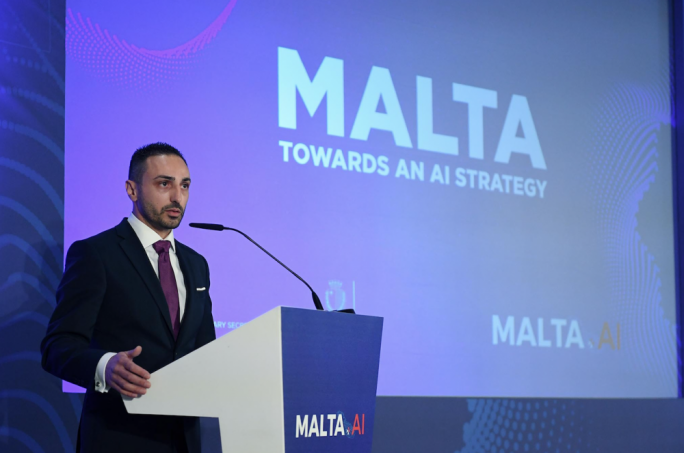 Grixti dismissed the popular perception of AI technologies that they may lead to a humanoid putsch. “AI technologies don’t necessarily mean robots or machines will take over the world. It means technologies which will leave an impact on the various factors of society.”

Grixti also said that one of the key principles behind the strategy was to develop a framework that leaves no person behind. “We aim to leave no one behind exploring all of the legal and ethical issues in AI. Today’s AI workshop is expected to provide the outcome of discussions the Malta.AI Taskforce has had since its launch last year with the public consultation going on throughout this month.”

Since AI raises questions of ethics and legality, the government will expand the Innovative Technologies and Services Act to include further provisions pertaining to AI.

One of the provisions laid in the strategy documents states that “Malta is keen to explore the set-up of an AI regulatory sandbox to provide regulatory exemptions to firms who operate in the island.” In spite of this ‘lax provision’, the document made it clear that sandbox tests would be still closely monitored to contain risk and the building and experience in regulating these fields.

The document also says Malta will work towards developing a National Ethics Framework. This framework will “underpin the values we aspire to and set out how AI should be used in a responsible way”.

[WATCH] Malta will be a disruptor, not just follower on Artificial Intelligence